Trump Diligently Fights For The Safety Of Americans

In Efforts To Stop Further Border Violence Trump Declares: “We Are Going To Have The Wall.”

Trump once again tries to defend Americans by stressing the need for The Wall. In the wake of the recent border violence where Agent Rogelio Martinez was brutally bludgeoned to death with rocks and his partner was critically injured Trump tweeted the following:

Border Patrol Officer killed at Southern Border, another badly hurt. We will seek out and bring to justice those responsible. We will, and must, build the Wall!

The border attack occurred this past Sunday, specific details have yet to be released but we do know that illegal immigrants were the assailants. The FBI is on the case and believes that there were not any weapons discharged in this case. The attack occurred near Interstate 10. 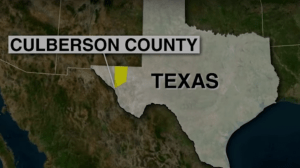 Texas Governor Greg Abbot has put out a reward of $20,000 for information leading to the arrest of the of the perpetrators.

“We owe a great deal of gratitude to the brave men and women of the United States Border Patrol who serve every day to protect our homeland,” said Governor Abbott. “Cecilia and I offer our deepest condolences to the families of the agents killed and seriously injured in this attack. As authorities continue their investigation, it is important that they receive any and all information to help apprehend and deliver swift justice to those responsible.”

This tragic incident just shows that we need to get our politicians to start supporting Trump in his goal to strengthen our National Security.

Watch The News Reel Below.

Another Look At The Proposed Wall Below.

‘Our thoughts and prayers are with Agent Martinez and his family, and with the agent who was injured,’ officials from the US Customs and Border Protection said in a statement.

Border Patrol records show that Big Bend accounted for about 1 percent of the more than 61,000 apprehensions its agents made along the Southwest border between October 2016 and May 2017.

The region’s mountains and the Rio Grande make it a difficult area for people to cross illegally into the US from Mexico.

The Border Patrol website lists 38 agents who have died since late 2003, some attacked while working along the border, and other fatalities in traffic accidents.

It lists one other agent death in the line of duty this year.