Anti-Trumper Takes Harassment To The Next Level

The political divide in this country is too much. Liberals can’t handle Trump. It doesn’t help matters that the MSM villanizes him and conservatives whenever they get a chance. Their smear campaign on Trump has been working as many Americans are upset about the border policy. They blame Trump for his part in enforcing a policy that predates his presidency. The MSM’s coverage is disturbing some individuals, like a man in New York. 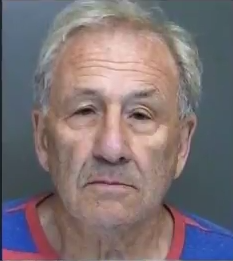 Martin Astrof, 75, of Long Island, made death threats to kill a volunteer campaign worker and any supporters of Republican Congressman Lee Zeldin and Trump. Astrof then aggressively drove away nearly hitting the volunteer.

Police later arrested Astrof at his home. He “was charged with Making a Terroristic Threat, a felony, and Reckless Endangerment 2nd Degree.”

“In the US, political scores are settled at the ballot box, not by trying to kill your political opponents. Donato Panico is a great American, supporter of @realDonaldTrump & one of my campaign vols. He shouldn’t have been targeted like this today for his passion & involvement.”

There have been quite a few incidences now where Liberals are resorting to some form of harassment or violence. From the recent incident where a teen was bullied for wearing a MAGA hat, to the attack on a Florida Conservative on independence day. The division in this nation is getting to be absurd as most people are afraid of being attacked simply for their political beliefs.

“The latest survey from Rasmussen Reports found that 59 percent of all voters “are concerned that those opposed to President Trump’s policies will resort to violence.”

And, added Rasmussen, 31 percent believe “it’s likely that the United States will experience a second civil war sometime in the next five years.”

I know they say talking about politics is taboo, but this takes the cake. We as Americans should be able to speak our minds and discuss our beliefs. Even Chuck Schumer a Democratic leader has come out against harassment. The MSM needs to stop stirring the pot, Trump won the election it is time to stand behind the president or at least be civil.