The Second Amendment is once again under attack. Anand Venigalla, a Student of Long Island University, learned the hard way that his right to bear arms and freedom of speech were in jeopardy due to his school choice. The administrators called for a mandatory meeting after an online photo was reported. So what was it that was so alarming that the school got involved? Was he armed on campus? Or maybe he was in the presence of a hate group?

No, it turns out that the student simply attended an event held by Cabela’s, a sporting goods store. So the whole thing was legal. He was holding an unloaded gun while in the presence of legal vendors off campus. 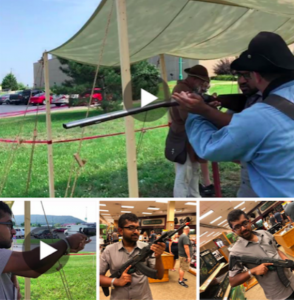 The Foundation for Individual Rights in Education (FIRE) claims that this should be a red flag to all students. This mandatory meeting is a clear violation of Venigalla’s rights.

“By calling in a student for a mandatory meeting about photos of his participation in a recreational gun event, Long Island University has sent a message to its entire student body: Watch what you say,” said Senior Program Officer Sarah McLaughlin. “Universities that promise to protect free speech should not hold mandatory meetings for students who engage in it.”

According to LIU, another student complained that junior Anand Venigalla “might have violent intentions,” seemingly due to his participation in the Cabela’s event. LIU’s director of student engagement contacted Venigalla on Aug. 7, saying it was “imperative” they meet as soon as possible. The administrator later told FIRE that the meeting was not an investigation, but warned Venigalla that it was mandatory.

FIRE first wrote to LIU on Aug. 31 to express its concerns about the school’s violation of its commitment to free expression, pointing out that “students cannot be summoned for questioning every time they post a photo of themselves engaging in recreational firearm use.”

“During the meeting, LIU’s director of student engagement brought an essay that Venigalla wrote for a class on war, terrorism, and justice in 2017 in which he argued that political violence can sometimes be justified towards authorities but not civilians. He was also questioned about a Facebook comment in which he expressed his disappointment over losing a student government election.

After the mandatory meeting and public outcry, the school decided it was best to drop the ridiculous investigation.