Wow, and Liberals call Republicans racist. If this study holds true it’s saying a lot about how Liberals really feel when it comes to the people they claim to represent.

“According to new research by Cydney Dupree, assistant professor of organizational behavior at Yale SOM, white liberals tend to downplay their own verbal competence in exchanges with racial minorities, compared to how other white Americans act in such exchanges. The study is scheduled for publication in the Journal of Personality and Social Psychology.”

“Dupree and her co-author, Susan Fiske of Princeton University, began by analyzing the words used in campaign speeches delivered by Democratic and Republican presidential candidates to different audiences over the years. They scanned 74 speeches delivered by white candidates over a 25-year period. Approximately half were addressed to mostly-minority audiences—at a Hispanic small business roundtable discussion or a black church, for example. They then paired each speech delivered to a mostly-minority audience with a comparable speech delivered at a mostly-white audience—at a mostly-white church or university, for example. The researchers analyzed the text of these speeches for two measures: words related to competence (that is, words about ability or status, such as “assertive” or “competitive”) and words related to warmth (that is, words about friendliness, such as “supportive” and “compassionate”).”

“The researchers found that liberal individuals were less likely to use words that would make them appear highly competent when the person they were addressing was presumed to be black rather than white.”

“Dupree and Fiske suspect that the behavior stems from a liberal person’s desire to connect with other races.”

“But it’s also possible that “this is happening because people are using common stereotypes in an effort to get along,” Dupree says.”

A Biden Presidency Screwed Dems, Here Is The Latest Prediction On What To Expect 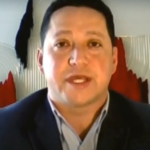 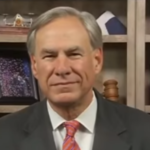 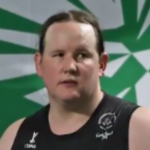