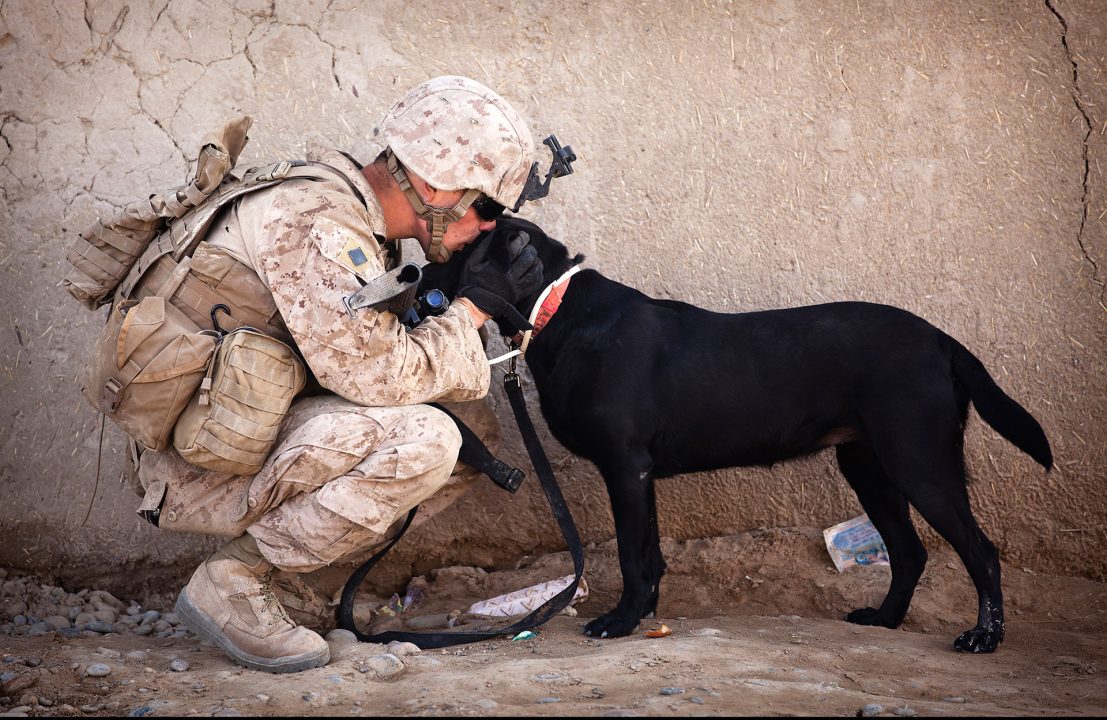 Woman Starts screaming at the top of her lungs over a U.S Veteran’s service dog in the restaurant.

A video surfaced a woman involved in an altercation over a service dog in the restaurant. The woman was upset because the dog, a beautiful Great Dane, was sitting near her and her son while the two ate.  Rather than quietly move on she shared her disgust with the family, and the argument ensued.

One family member can be heard clapping her hands to get the angry mother’s attention, “He’s alive because he fought for our country” for which the woman shouted “CONGRATULATIONS! MY HUSBAND”S DAD DID TOO!”, her voice hoarse from screaming. “It’s disgusting!”, She says repeatedly.

In the video, you can hear several people attempting to defuse the situation, including employees at the restaurant. However, once the name calling started, there was no way to calm the two parties down. The veteran can be seen consoling the woman’s seemingly embarrassed son as the two, as well as the dog, were the only ones not involved in the argument.

It is a federal law to allow a service animal into any public establishment. Legally speaking, no matter how upset the woman may have gotten over the situation, it was more than legal to have the dog there. On the dog’s harness, you can clearly see “PTSD” (Post-traumatic stress disorder) a disorder that affects over half the soldiers returning from battlefields. Service dogs are generally used to help guide the person through attacks brought on by PTSD, some also help to lead their owner’s away from triggering situations.

Commenters on Facebook are condemning the woman’s actions, with very few people defending her, most comments are saying that the dog behaved better than her.

The views and opinions expressed here are solely those of the author of the article and not necessarily shared or endorsed by ThePatriotChronicles.com